Over the years i collected some (funny) programming quotes. Lean back and enjoy: 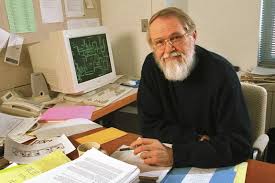 Everyone knows that debugging is twice as hard as writing a program in the first place. So if you’re as clever as you can be when you write it, how will you ever debug it?

90% of the functionality delivered now is better than 100% delivered never.

C is quirky, flawed, and an enormous success.

Nine women can’t make a baby in one month.

Before software can be reusable it first has to be usable.

You can have the project: Done On Time. Done On Budget. Done Properly - Pick two.

Expert programmers know how to choose the level of abstraction appropriate to their task.

Structure and Interpretation of Computer Programs, by Abelson, Sussman, and Sussman

When one teaches, two learn.

Weeks of coding can save you hours of planning.

One of my most productive days was throwing away 1000 lines of code.

A primary cause of complexity is that software vendors uncritically adopt almost any feature that users want.

The craft of programming begins with empathy, not formatting or languages or tools or algorithms or data structures.

I bought my boss two copies of The Mythical Man Month so that he could read it twice as fast.

There’s nothing more permanent than a temporary hack.

Program testing can be a very effective way to show the presence of bugs, but is hopelessly inadequate for showing their absence.

Simplicity is a prerequisite for reliability.

No matter how slow you are writing clean code, you will always be slower if you make a mess.

First, solve the problem. Then, write the code.

We sort of understood abstractly the idea that there are only two kinds of software projects: failures and future legacy horrors.

Programs must be written for people to read, and only incidentally for machines to execute.

Programming is not about typing, it’s about thinking.

Be careful about using the following code — I’ve only proven that it works, I haven’t tested it.

Thinking doesn’t guarantee that we won’t make mistakes. But not thinking guarantees that we will.

Debugging is like being the detective in a crime movie where you are also the murderer.

Programming can be fun, so can cryptography; however they should not be combined.

The purpose of software engineering is to control complexity, not to create it.

The best programs are the ones written when the programmer is supposed to be working on something else.

“How did you know so much about computers?”

One accurate measurement is worth a thousand expert opinions.

People have an enormous tendency to resist change. They love to say, ‘We’ve always done it this way.’ I try to fight that.

There are a million ways to lose a work day, but not even a single way to get one back.

The sooner you start to code, the longer the program will take.

Fools ignore complexity. Pragmatists suffer it. Some can avoid it. Geniuses remove it.

There are two ways to write error-free programs; only the third one works.

Don’t worry about what anyone else is going to do. The best way to predict the future is to invent it.

Make it correct, make it clear, make it concise, make it fast. In that order.

For every complex problem, there is a solution that is simple, neat, and wrong.

The best way to get the right answer on the internet is not to ask a question; it’s to post the wrong answer.

Projects without clear goals will not achieve their goal clearly.

Java is to Javascript what Car is to Carpet.

Today, most software exists, not to solve a problem, but to interface with other software.

I love deadlines. I like the whooshing sound they make as they fly by.

There are only two kinds of languages: the ones people complain about and the ones nobody uses.

The most important single aspect of software development is to be clear about what you are trying to build.

I have always wished for my computer to be as easy to use as my telephone; my wish has come true because I can no longer figure out how to use my telephone.

It is far, far easier to make a correct program fast than it is to make a fast program correct.

Anyone could learn Lisp in one day, except that if they already knew Fortran, it would take three days.

“Typescript is hugely helpful when you’re working on a big team.”

Walking on water and developing software from a specification are easy if both are frozen.

Always code as if the guy who ends up maintaining your code will be a violent psychopath who knows where you live.

A good programmer looks both ways before crossing a one-way street.

You want it in one line? Does it have to fit in 80 columns?

Linux is only free if your time has no value.

Never trust a computer you can’t throw out a window.

A good way to stay flexible is to write less code.